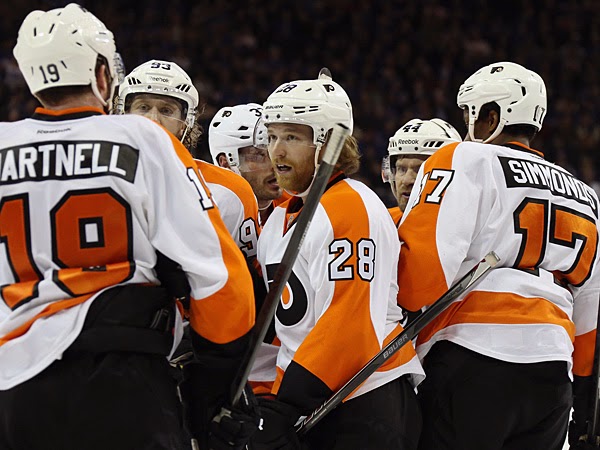 There are few things in sports wore exciting and fast paced and hard hitting as a game 7 in the Stanley Cup Playoffs. My beloved Flyers face the loathed Rangers of New York this evening. The Flyers are a long shot to go very deep in these playoffs. However, a win tonite...dispatching the New York boys...would be a reward in itself. As a long shot hope....teams have been known to ride a hot goalie to the Cup....last night Steve Mason looked like that kind of net-minder.
Posted by Main Line Sportsman at 5:32 PM 4 comments: Links to this post 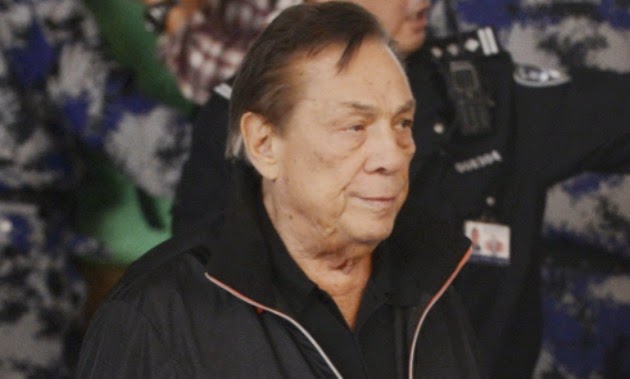 When the news broke about the racist remarks of Donald Sterling my first thought was:" I did not hear anything racial on Madmen." 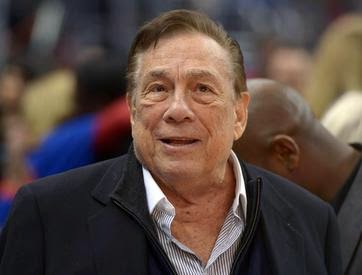 I care less than not-at-all about pro basketball and had never heard of  Donald Sterling. Now I have heard all the reports and today see he is banned form the League for life and has been fined.
The League should add an extra fine just for that appalling dye-job.
Posted by Main Line Sportsman at 3:15 PM 4 comments: Links to this post 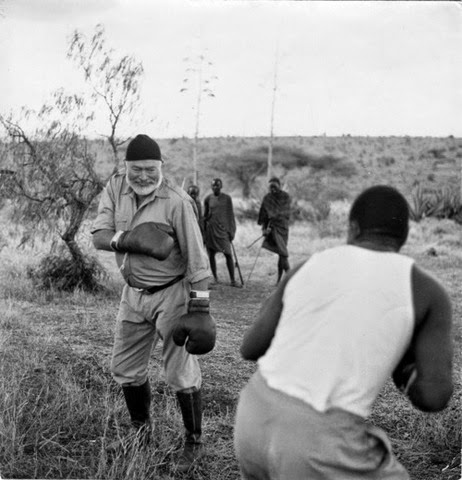 Ernie....keep your left up.
Posted by Main Line Sportsman at 3:06 PM No comments: Links to this post 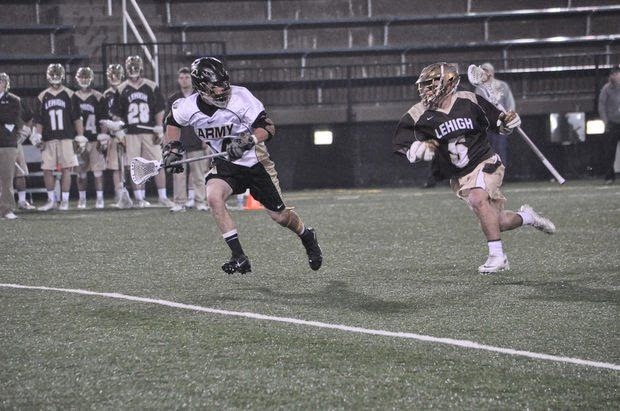 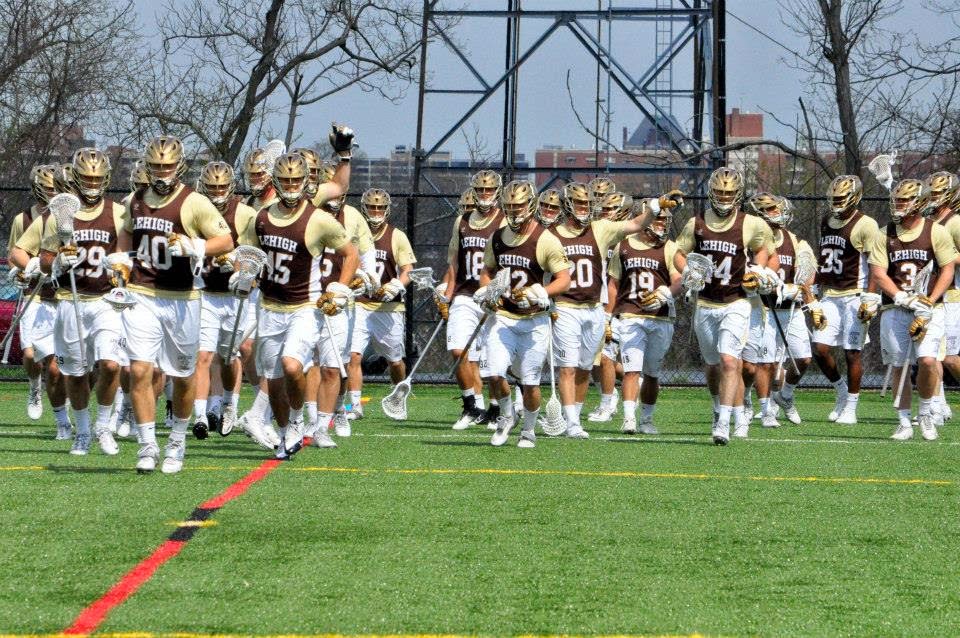 I will be watching...alternating between this game and the Flyer's game 5 against the hated Rangers. 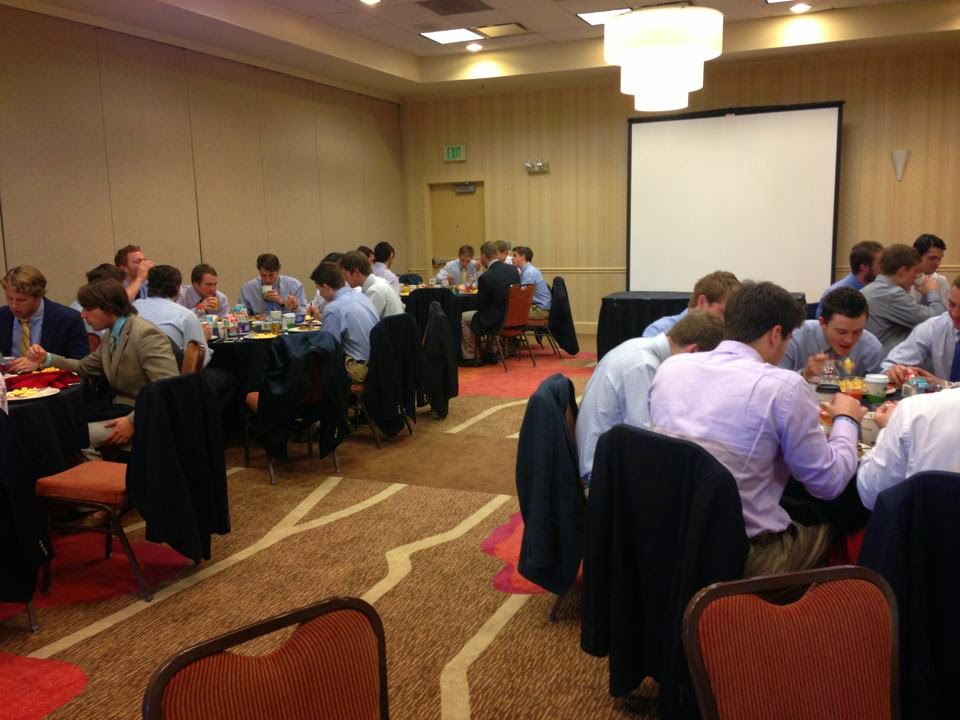 As I was checking the Lehigh website I was impressed with two of the photos. One showed the team breakfast and then the boys loading their gear on the bus for the hop over to the stadium. The Lehigh coach requires his team to wear jacket and tie when representing the school on the road. It is refreshing to see young men dressed like young gentlemen. 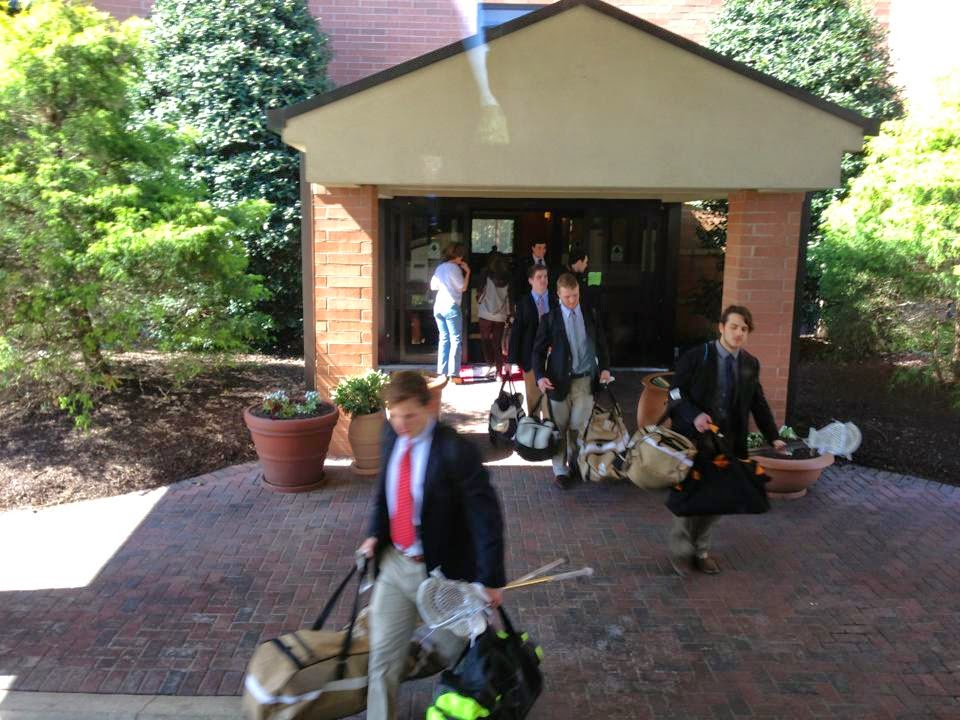 BALTIMORE - Coming off a dramatic semifinal victory over #14/15 Army, the #18 nationally-ranked and third-seeded Lehigh men's lacrosse team will vie for its third straight Patriot League Championship when it faces the top-seeded, host and #1 nationally-ranked Loyola Greyhounds on Sunday at 1 p.m. on CBS Sports Network. Sophomore Reid Weber scored the game-winning goal with just 3.7 seconds left in regulation Friday to send the Mountain Hawks to their third straight title game.

Friday marked Lehigh's sixth straight win in the Patriot League Tournament (all over the past three seasons). Sunday's matchup features the two teams tied for the nation lead in victories; the Mountain Hawks are 13-4 while the Greyhounds are 13-1. Loyola has won 13 straight ever since a season-opening loss at Virginia. Both Lehigh and Loyola are vying for a third straight NCAA Tournament appearance as Sunday's winner will receive the league's automatic berth into the big dance.

Go Engineers!!
Posted by Main Line Sportsman at 10:49 AM No comments: Links to this post 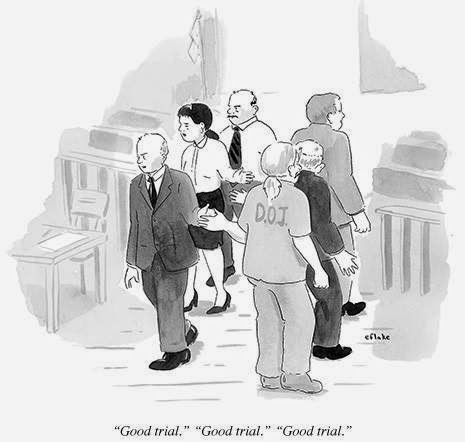 After each lacrosse game I played in my youth...the teams would line up for a hand shake. As a practicing lawyer who is in the courtroom on a weekly basis...I wish this tradition carried over.
Posted by Main Line Sportsman at 12:14 PM 1 comment: Links to this post 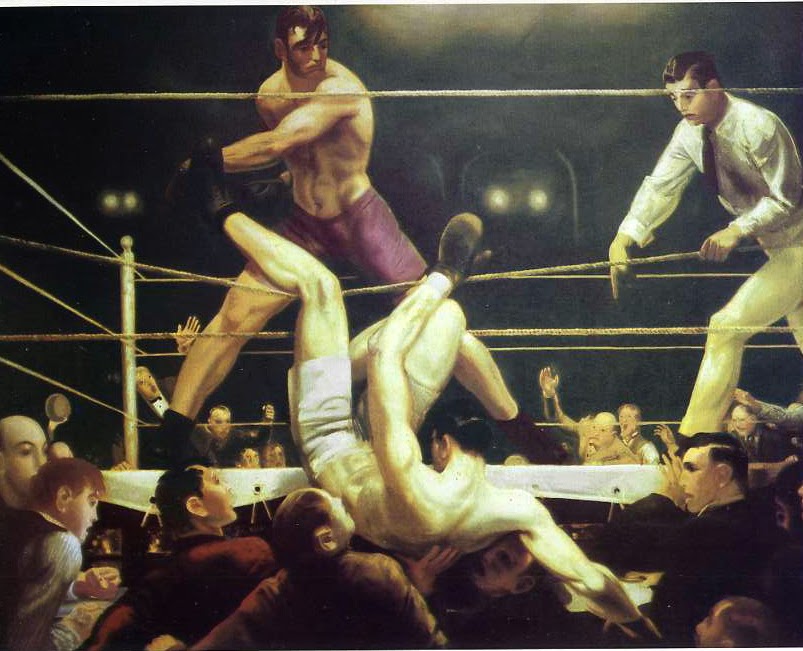 Most people have heard the phrase marquis of Queensbury rules. Barry Fitzgerald dictates their application to the fight finale in 'The Quiet Man."
However, most people do not know what these rules actually state.

The Queensbury Rules
1. To be a fair stand-up boxing match in a twenty-four foot ring or as near that size as practicable.
2. No wrestling or hugging allowed.
3. The rounds to be of three minutes duration and one minute time between rounds.
4. If either man fall through weakness or otherwise, he must get up unassisted, ten seconds be allowed to do so, the other man meanwhile to return to his corner; and when the fallen man is on his legs the round is to be resumed and continued until the three minutes have expired. If one man fails to come to the scratch in the ten seconds allowed, it shall be in the power of the referee to give his awart in favour of the other man.
5. A man hanging on the ropes in a helpless state, with his toes off the ground, shall be considered down.
6. No seconds or any other person to be allowed in the ring during the rounds.
7. Should the contest be stopped by any unavoidable interference, the referee (is) to name the time and place as soon as possible for finishing the contest, to that the match can be won and lost, unless the backers of the men agree to draw the stakes.
8. The gloves to be fair-sized boxing gloves of the best quality and new.
9. Should a glove burst, or come off, it must be replaced to the referee's satisfaction.
10. A man on one knee is considered down, and if struck is entitled to the stakes.
11. No shoes or boots with springs allowed.
12. The contest in all other respects to be governed by the revised rules of the London Prize Ring.
Posted by Main Line Sportsman at 2:09 PM No comments: Links to this post 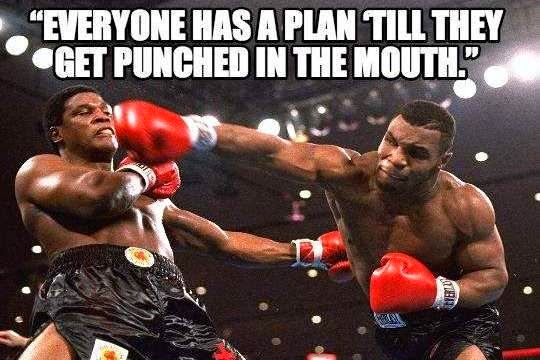 Perhaps my favorite boxing quote...from a man who is not exactly eloquent ( he does have a one-man stage show these days however.)
This evening one of the promoter/managers I deal with will have his main fighter on Showtime for a TV debut and a big step up. We were talking about the opponent and related items of strategy and the fight plan. I closed the discussion by telling the manager to remind the fighter of this now famous line.
Posted by Main Line Sportsman at 10:55 AM 1 comment: Links to this post 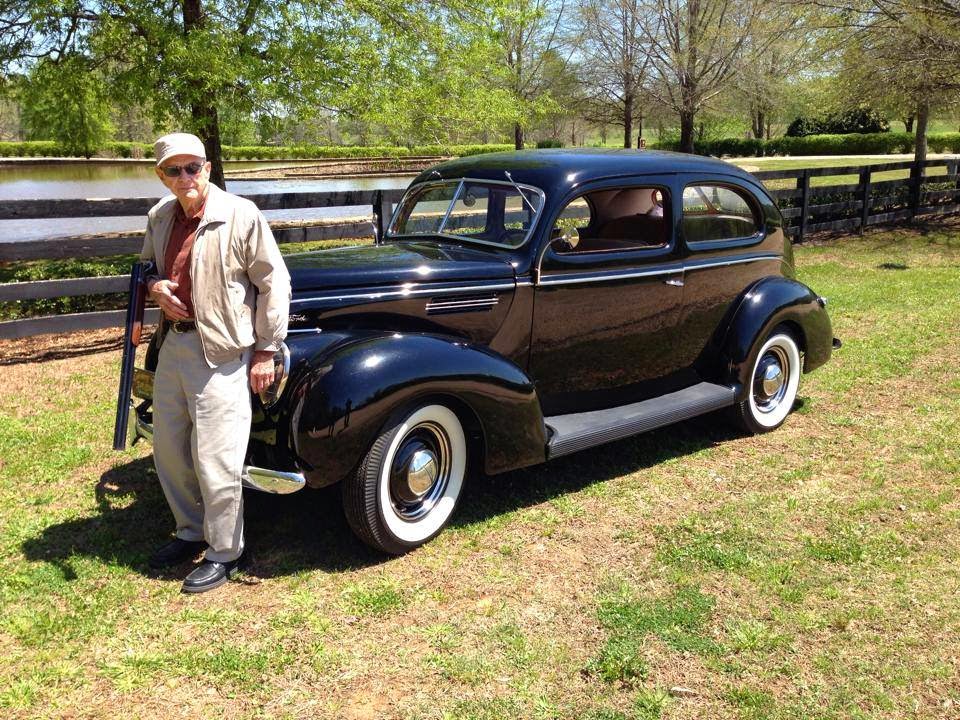 1939 Ford Sedan and a Ruger Red label.....and a Sportsman Emeritus
Posted by Main Line Sportsman at 4:45 PM No comments: Links to this post

Waterfowl Migration: Step Up For Conservation

Just a little plug for Ducks Unlimited. This organization is a prime example of how and why sportsmen are some of the best conservationists.
Posted by Main Line Sportsman at 2:40 PM No comments: Links to this post 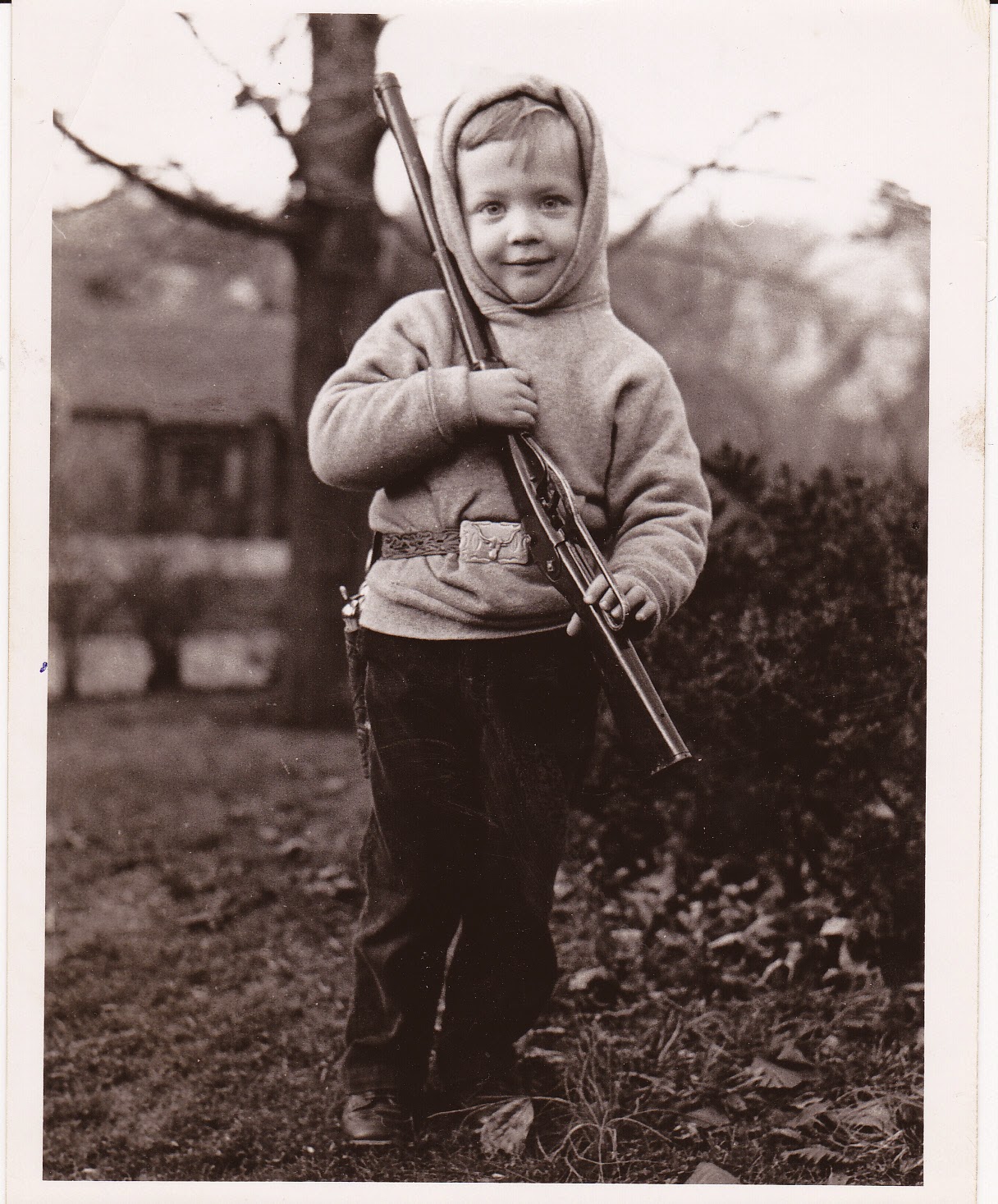 Rosemont,Pennsylvania, 1967. A photo from the backyard of my childhood home. Even as a little spud I had a thing for guns.
Posted by Main Line Sportsman at 5:23 PM 4 comments: Links to this post 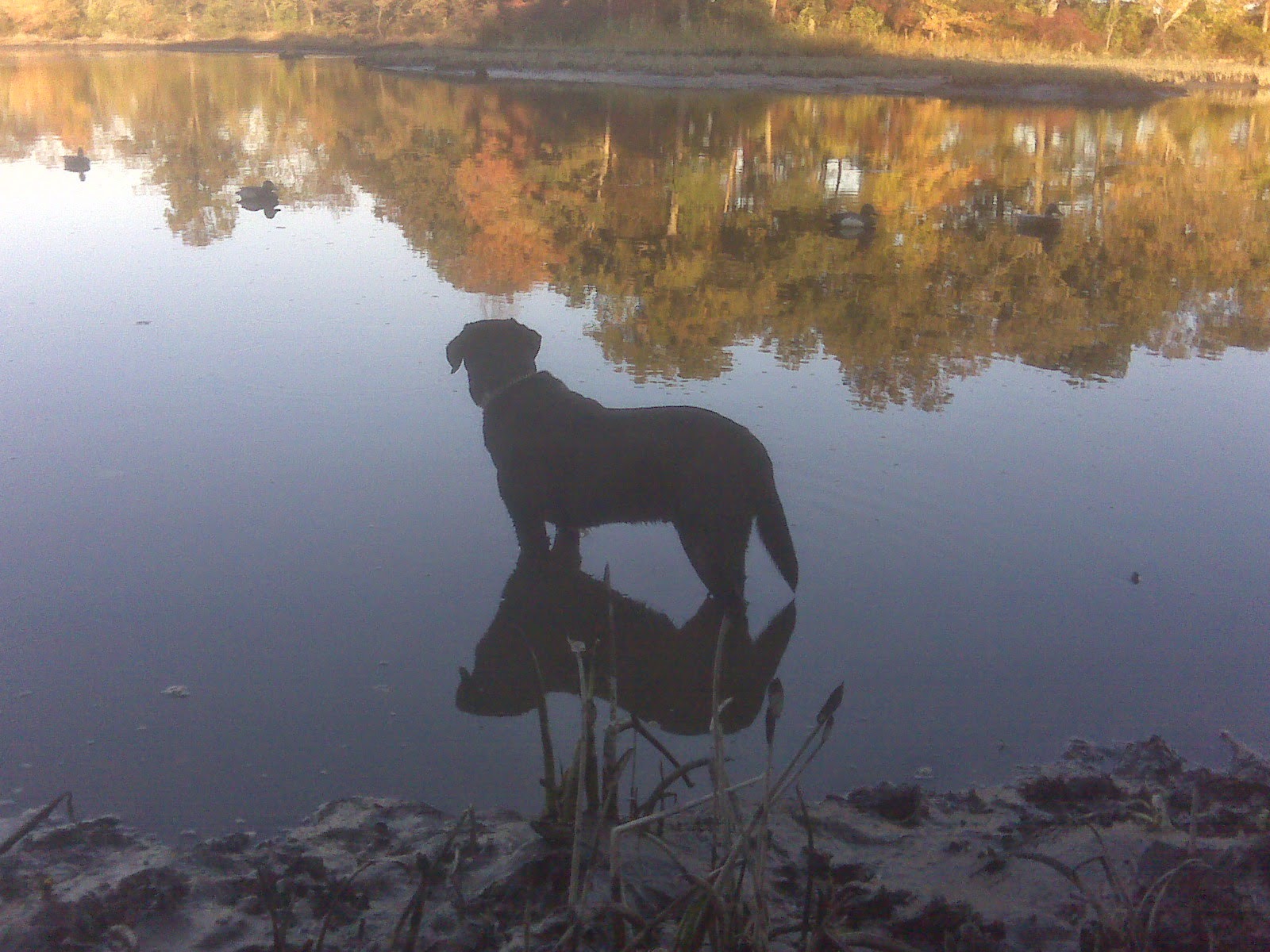 Fifteen  Reasons Why Sometimes  Men Prefer  Dogs And Not Wives:

1. The later you are, the more excited your dog is to see you.

2. Dogs don't notice if you call them by another dog's name.

3. Dogs like it if you leave lots of things on the floor.

5. Dogs agree that you have to raise your voice to get your point across.

7. Dogs find you amusing when you're pissed.

11. When you drop a silent one, dogs don't run around frantically with room spray.

12. Dogs never tell you to stop scratching your balls. Instead, they sit pondering why you don't lick 'em.

13. Dogs will let you put a studded collar on, without calling you a pervert.

14. If a dog smells another dog on you, it won't kick you in the crotch; it just finds it interesting.

And last, but not least:

15. If a dog runs off and leaves you, it won't take half your stuff.

To verify these statements: Lock your wife and your dog in the garage for an hour.  Then open the door, and observe  who's happy to see you!
Posted by Main Line Sportsman at 10:45 PM No comments: Links to this post 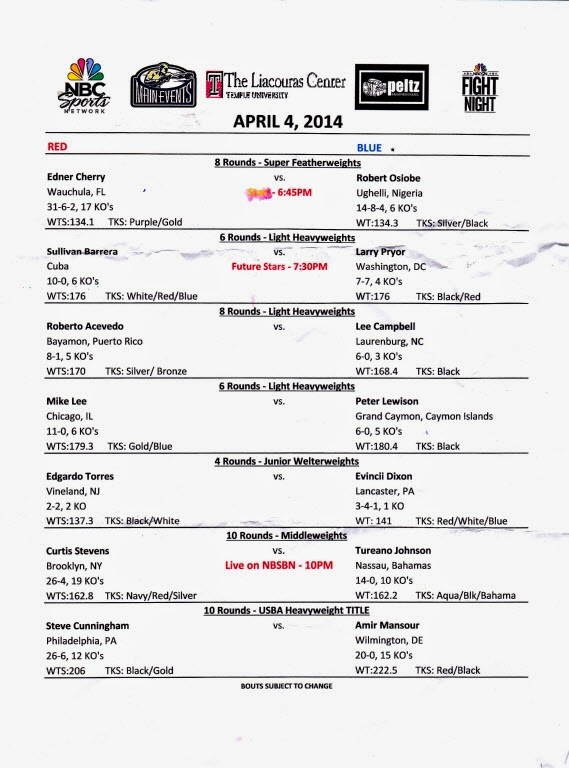 In horse racing you have your program, in baseball you have a scorecard. When you go to the fights you need a bout sheet. This document provides the list and order of the fights, the fighter's records, the weights and home towns of the combatants and the color of the trunks.This is the sheet I used Friday evening when I witnessed some of the best live boxing I have seen in years.
Posted by Main Line Sportsman at 2:36 PM No comments: Links to this post 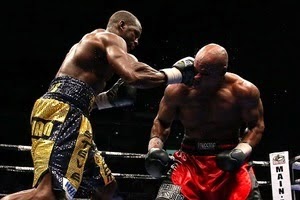 This weekend found me with a full slate of spectating and activity. Friday night I went to the fights at Temple University's Liacouras center for the USBA heavyweight title fight. I could write paragraphs about the main event and the undercard...but I do have a day job. Suffice it to say the evening was a fine spectacle of the sweet science...hard fought bouts and great athletic perseverance; some of the best boxing I have seen in a while. 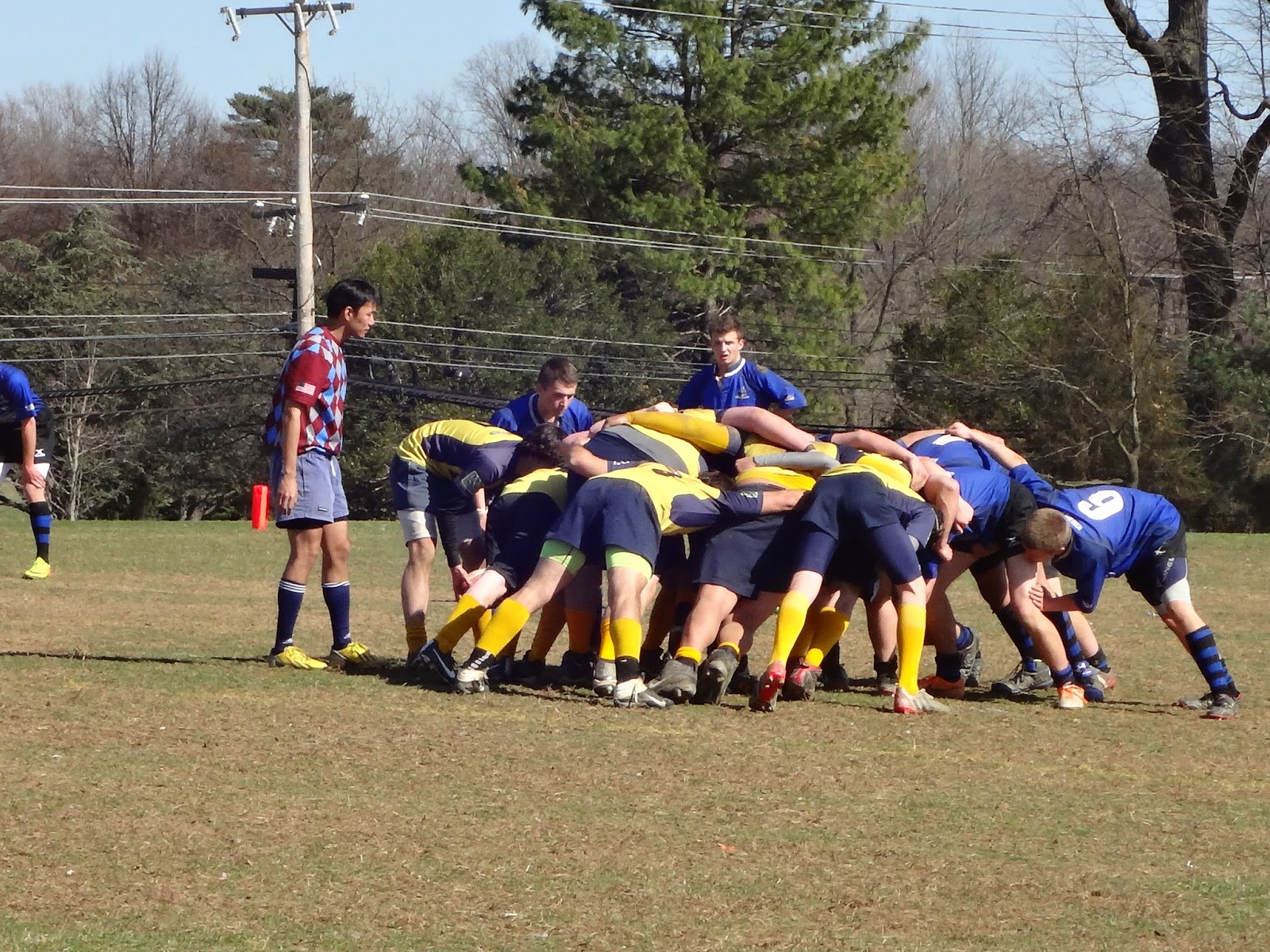 I also had the pleasure of watching my son play Rugby. I am still learning the game but I have sufficient novice knowledge to enjoy watching the sport. 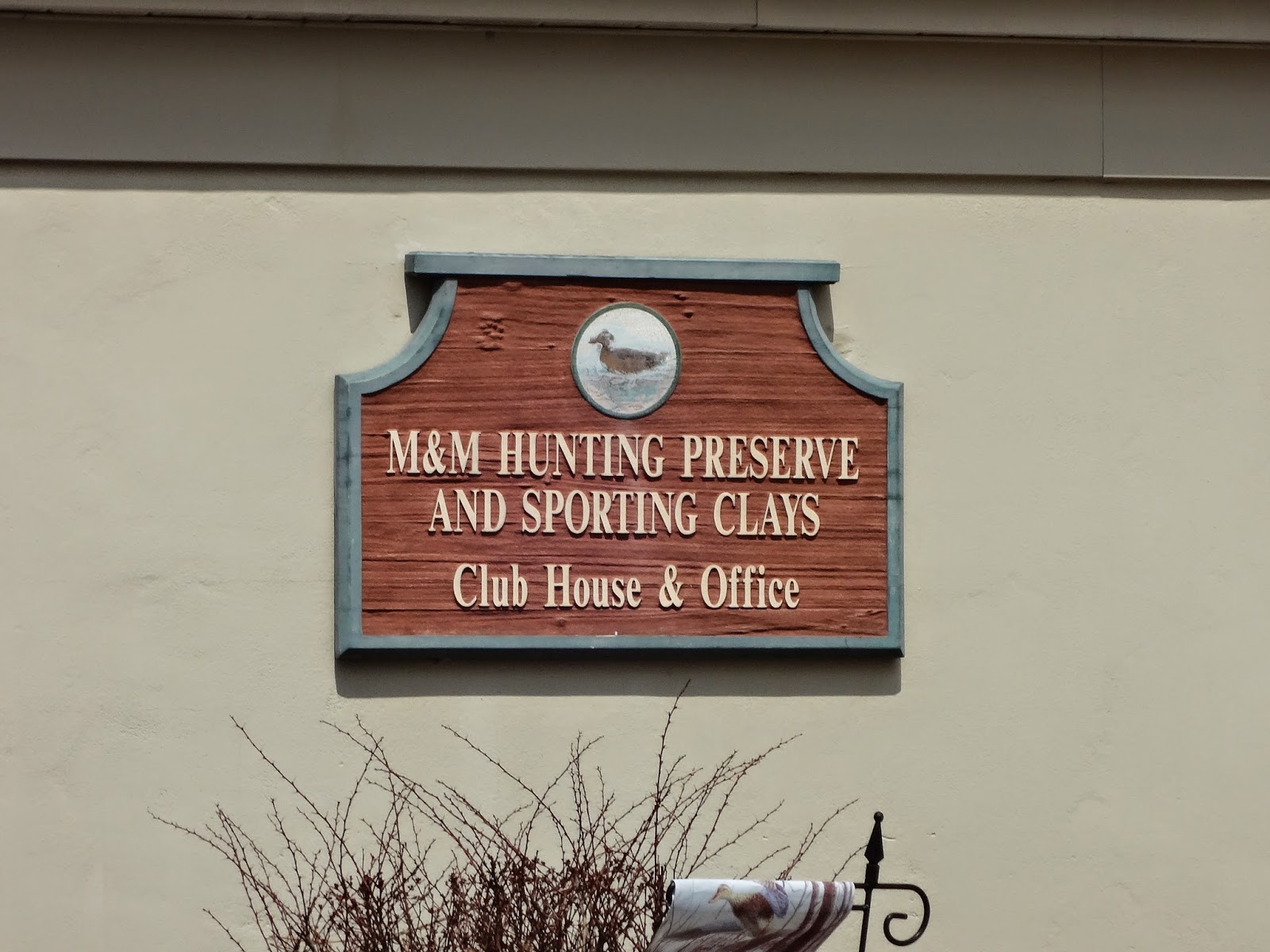 Then it was down to Salem County, New Jersey for a round of Sporting Clays with my buddy Jay. 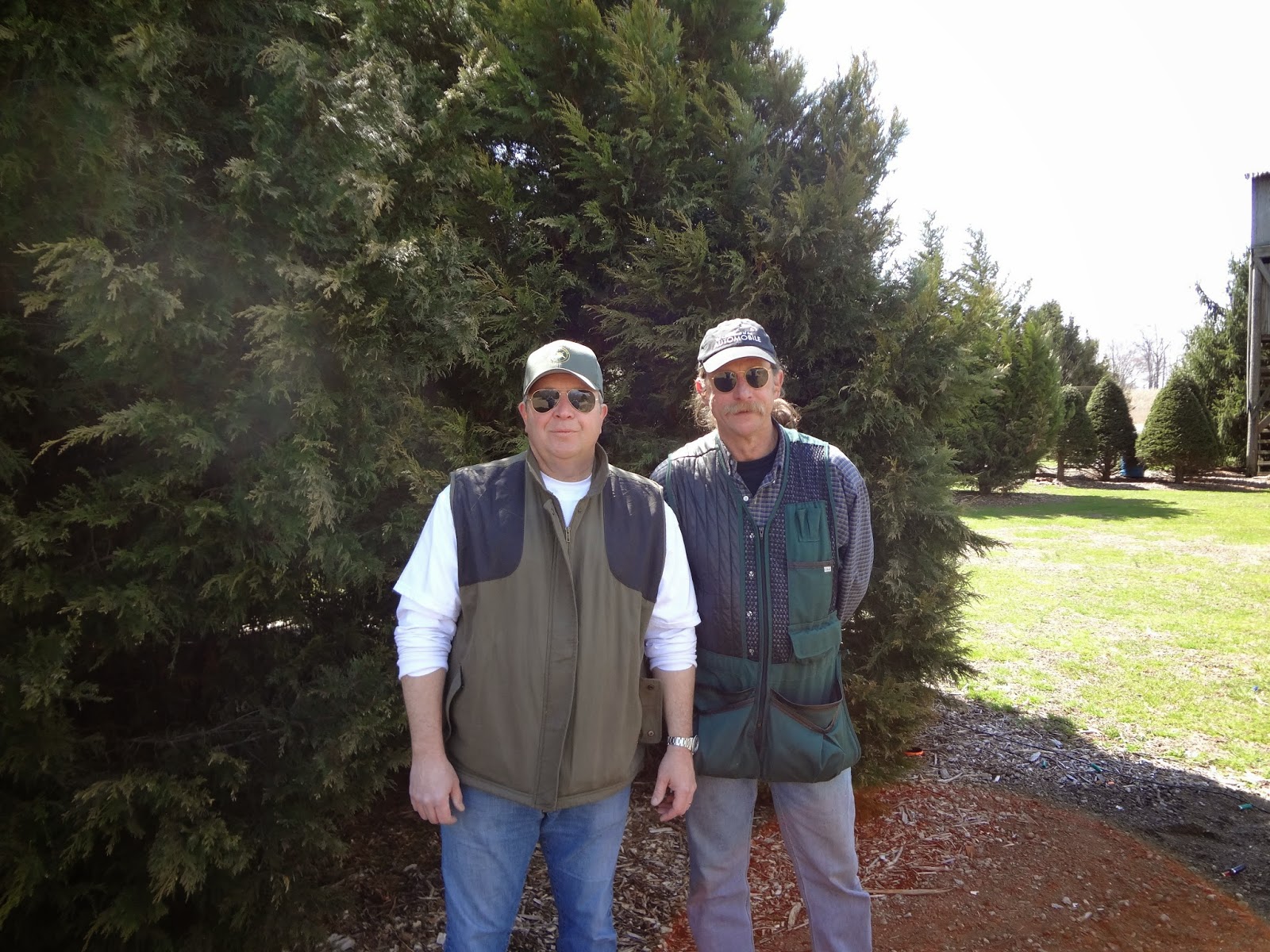 I have been shooting a fair amount of trap and skeet lately, but the Sporting Clay field can be humbling. It was on this trip as I shot far below my normal average. Perhaps the beers and cocktails and late night at the fights had some effect on my hand- eye....at least that is what I am telling myself. 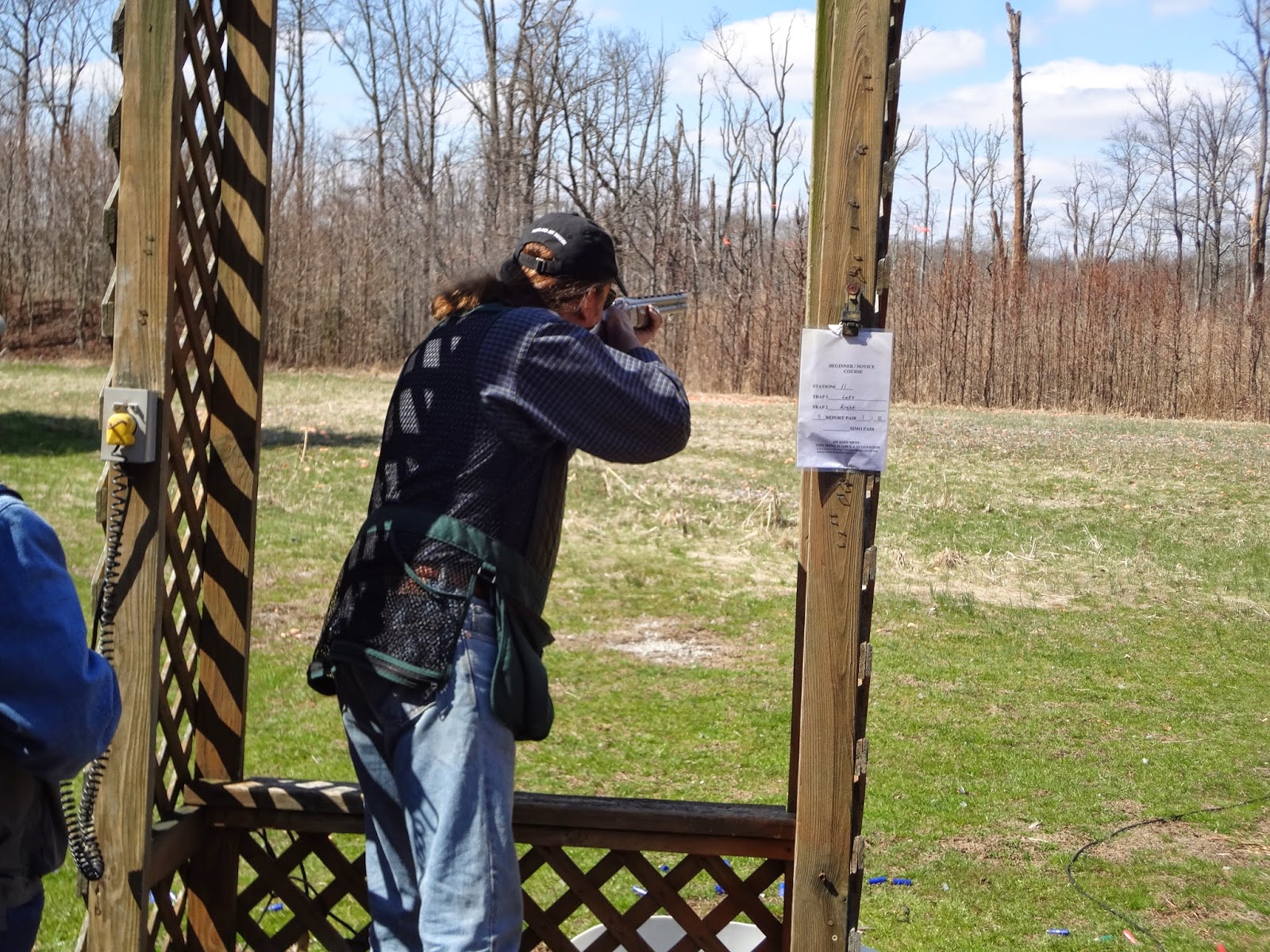 It was an enjoyable weekend. Unlike next weekend...which will likely be taken up with yard work and Spring clean up.
Posted by Main Line Sportsman at 3:03 PM 1 comment: Links to this post 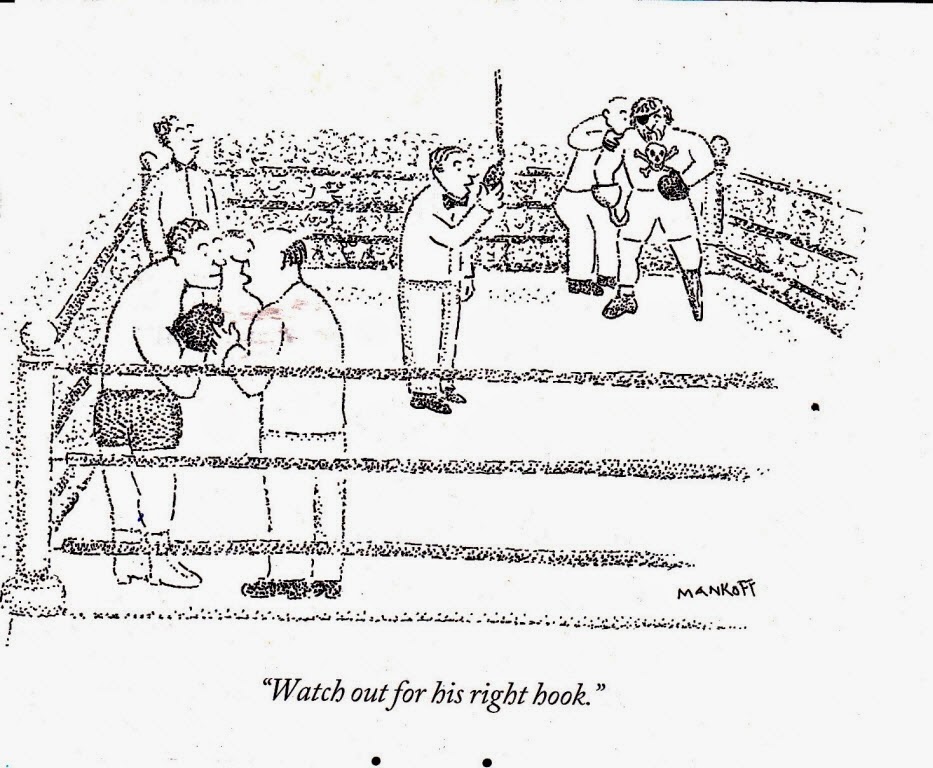 There is a big bout slated for tomorrow evening here in the Quaker City. Steve Cunningham will face Amir Monsour. This is a classic clash of heavyweights. Cunningham is an athlete and a skilled boxer with refined techical skills. Mansour is a tough as nails ex-con who can punch like a freight train and brawl like a Visigoth.
I will be ring-side.

Posted by Main Line Sportsman at 12:38 PM 3 comments: Links to this post 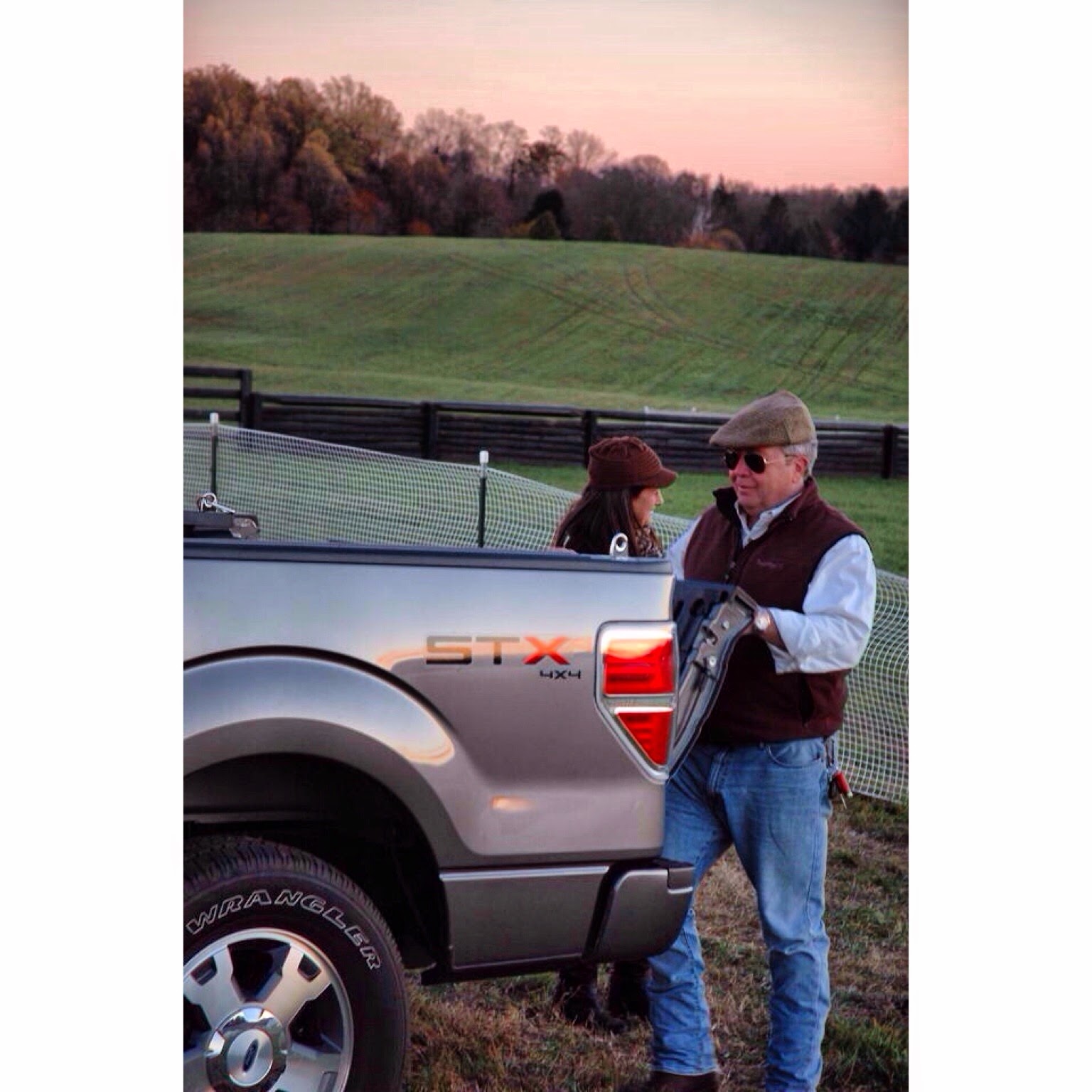 Tin-Tin from The Trad took this photo in the waning light of an Autumn day after the conclusion of the Pennsylvania Hunt Cup Races. The last race was run and we had all pitched in to pack up the tailgate material in the back of my truck. I was closing the actual tailgate of my truck and preparing to leave. The way the light is caught on the metal of the quarter-panel and how that matches the shades of sunset over the trees, and the green field in the background, put me in mind of a Ford magazine advertisement...except the Ad-men would have used a much better looking guy than me to be standing behind their product.
Nevertheless, that Tin-Tin can really snap a photograph.
Posted by Main Line Sportsman at 4:55 PM 1 comment: Links to this post