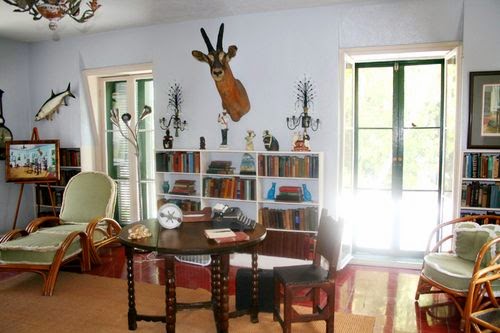 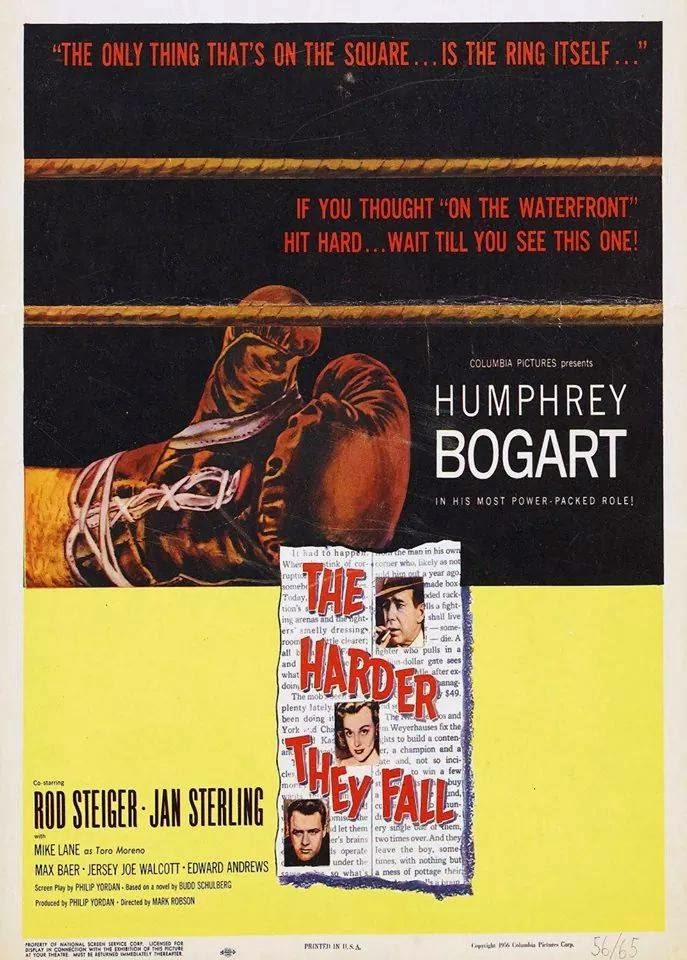 If you have not seen this movie.....please do so. This classic Bogart vehicle also features Rod Steiger and boxers  Jersey Joe Walcott and Max Baer. It is a film which peels back the layers of the business of boxing. Much of the exposed dirt is no longer extant....and the game is better off.
Posted by Main Line Sportsman at 4:34 PM No comments:

Heavyweight prospect Joey Cusumano (8-1, 6 KOs) opened the show in dramatic fashion, by dropping Randy Easton (2-4-1, 2 KOs) twice, en-route to a one sided second round knockout. Cusumano took control early in the second with a big right hand which forced Easton to cover. With Easton fighting tentatively, Cusumano landed a right hand up top, but Easton tripped and fell into the ropes. Referee Henry Grant ruled it a knockdown. Easton was not hurt, but it wouldn’t matter as Cusumano sent him the canvas for the ten count at 2:36 from a devastating left hook underneath to finish the show.


Courtesy of Fightnews.com
Posted by Main Line Sportsman at 11:30 PM No comments: 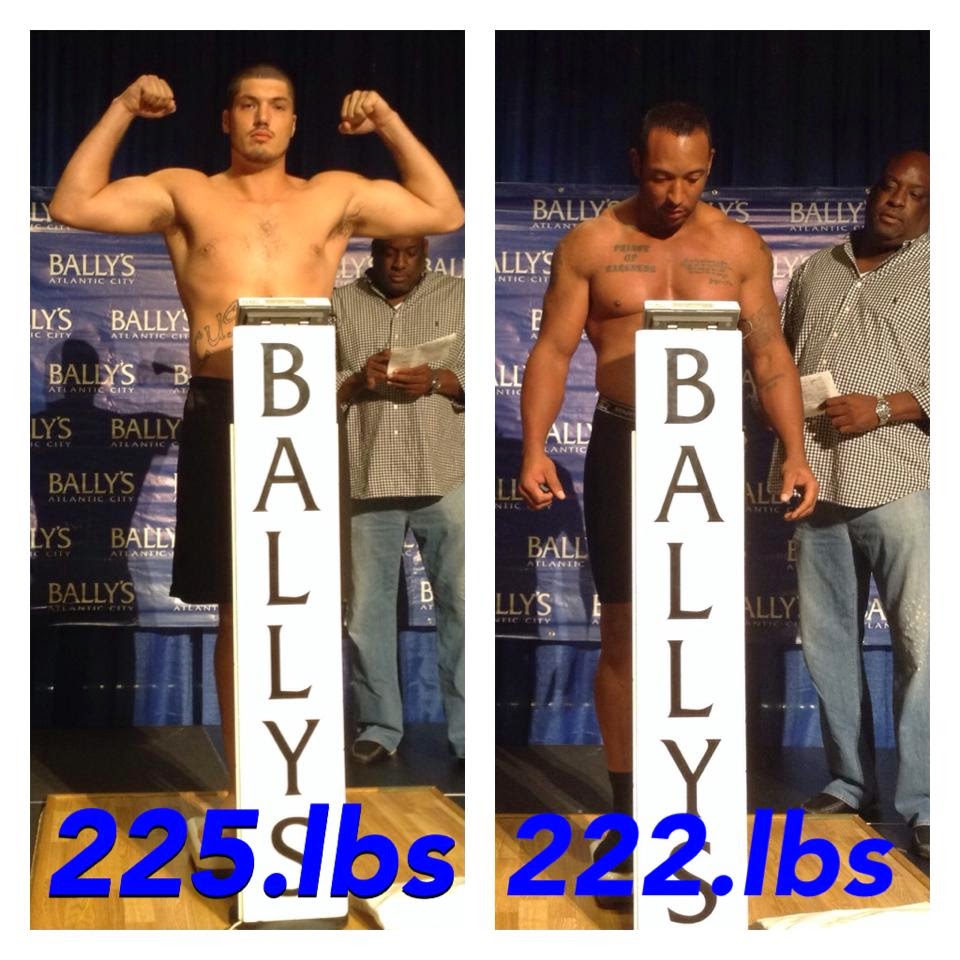 The weigh in for my heavyweight's bout tomorrow evening is concluded. Now he will eat and rest before stepping through the ropes in the Grand Ballroom of Bally's casino.
This sportsman will be in the locker room before the fight and at ringside when the bell rings. If you happen to be there...say "Yo." I'll buy ya a beer.
Posted by Main Line Sportsman at 8:25 PM 1 comment: 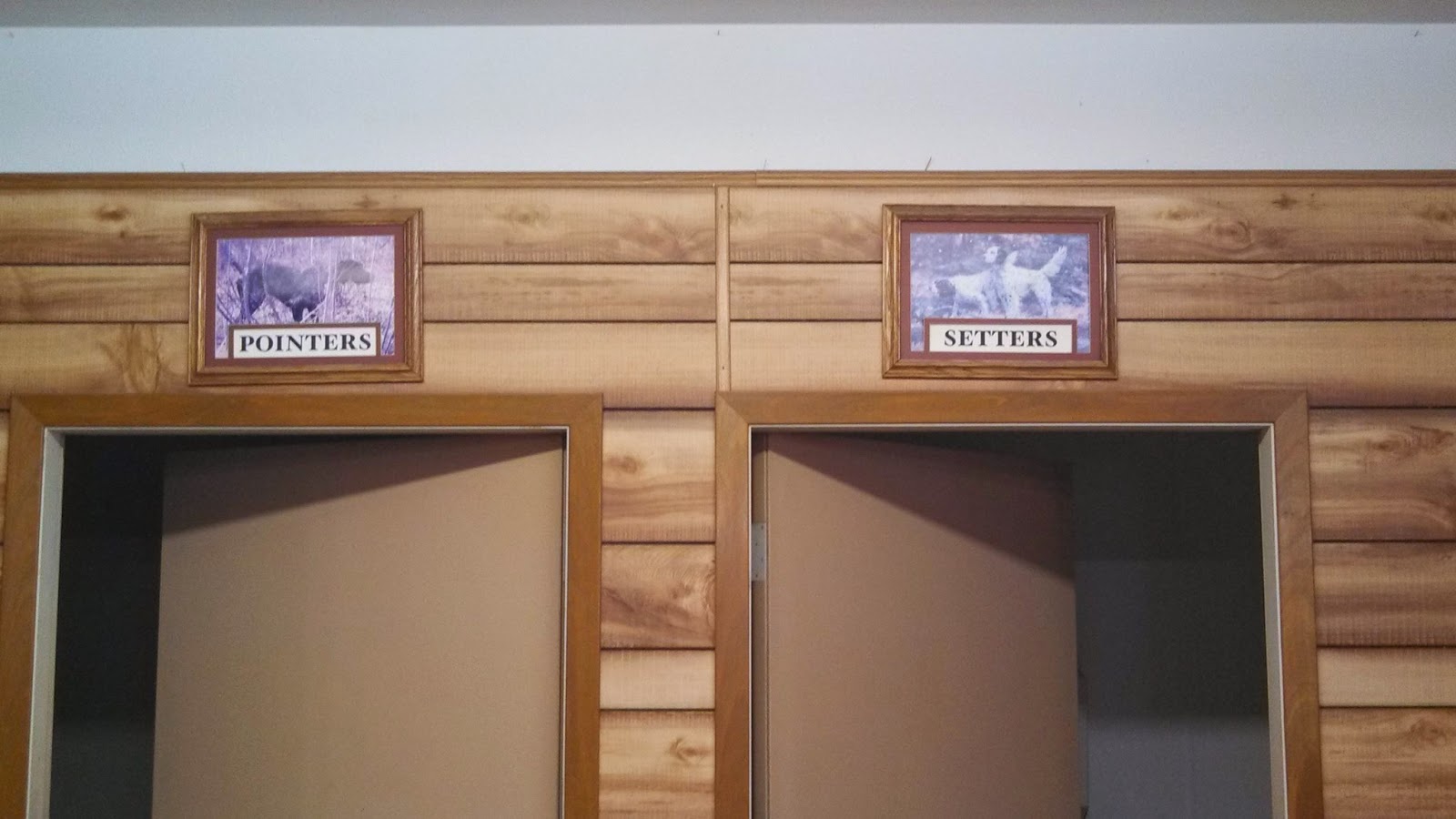 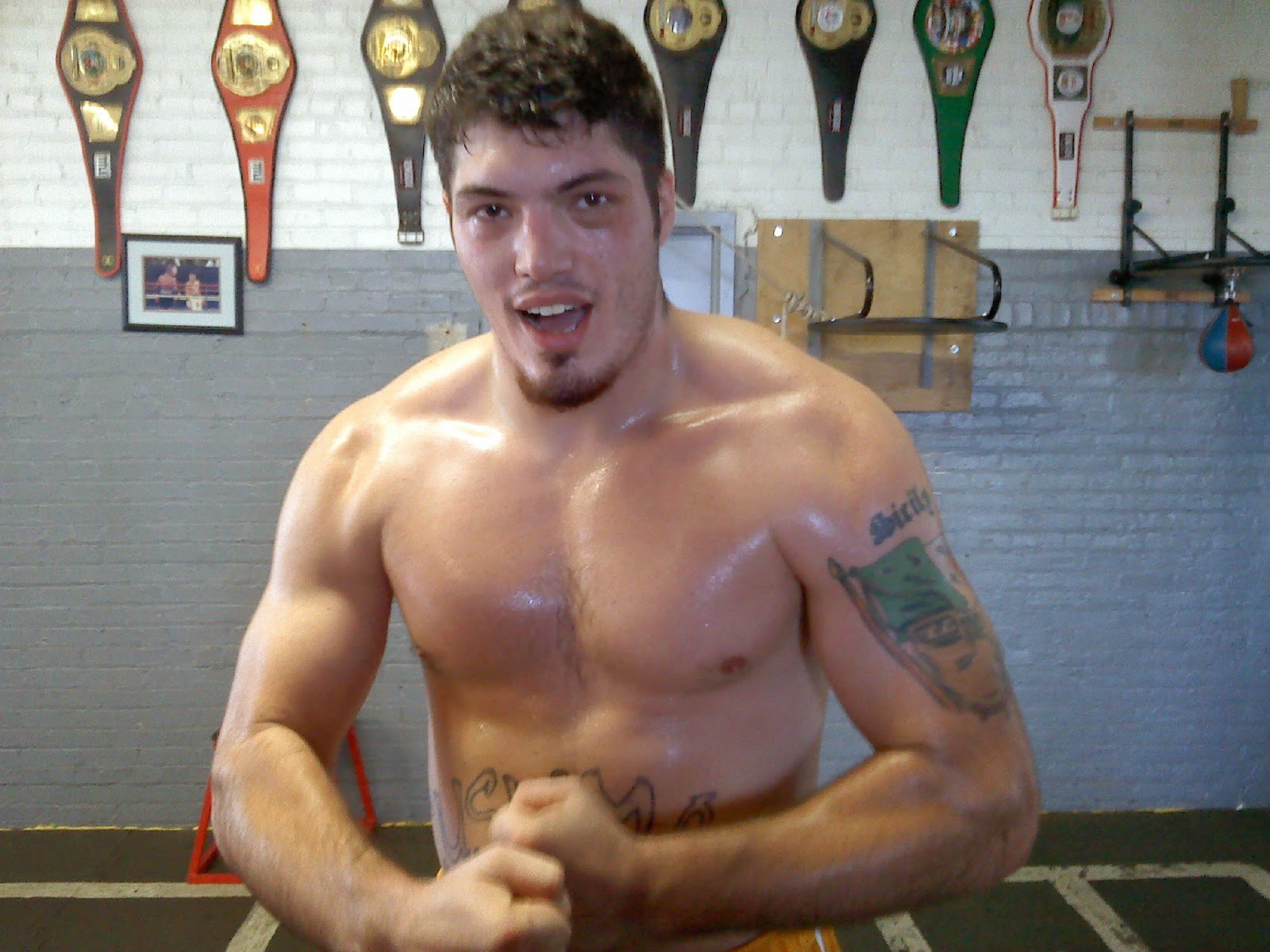 This Saturday the heavyweight prize fighter I manage will enter the ring once again to continue on the long and  arduous road toward a world title shot. Cusumano was out of the ring from October 2012 until June 2014 due to a hand injury suffered in his 3rd round KO of an opponent here in Philadelphia. When a hand specialist treated the fracture, he diagnosed a degenerative condition in the wrist which needed surgery.
After rehab and training Cusumano returned to the ring may 31st and scored a 2nd round TKO against a game,albeit over-matched opponent. Saturday he will climb between the ropes to face Randy Eastman at Bally's Casino in Atlantic City. 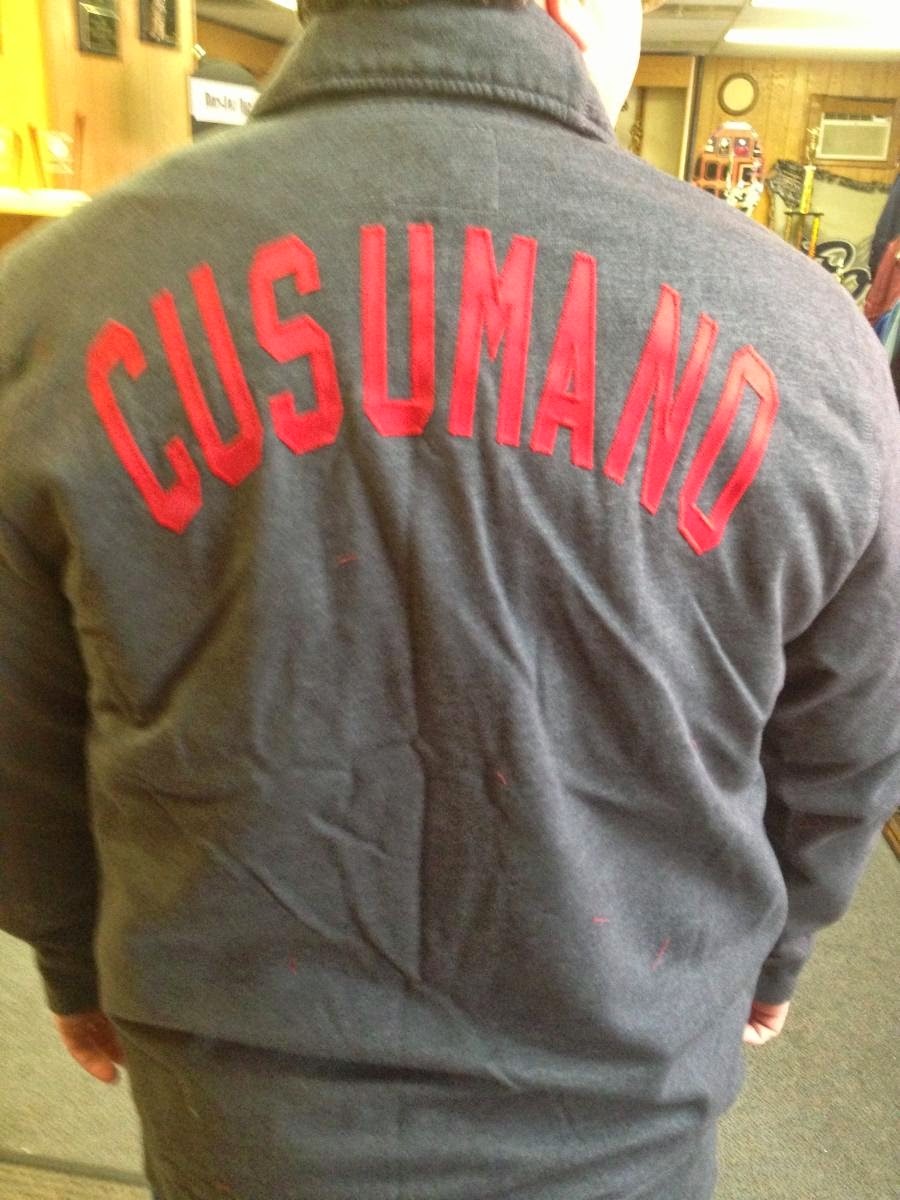 In the meantime, I have designed and had made a custom cornerman's jacket for Cusmano's second in the ring. This photo show this writer modeling same. The front would show that it is a cotton shawl collar cardigan affair that channels old school looks from Jake Lamotta's crew in "Raging Bull." I have always despised the satiny smocks most cornermen wear. Most of them are all shiny and flash and make the wearer look like he is about to play trumpet for Earth,Wind and Fire in the mid-70's. I much prefer this classic 40'-50's look and think it will be well received by the crowd....I may even start a new retro trend in the boxing world. So, if you see Canelo Alvarez's corner wearing this type of rig....you know I started it!
Posted by Main Line Sportsman at 3:12 PM No comments: 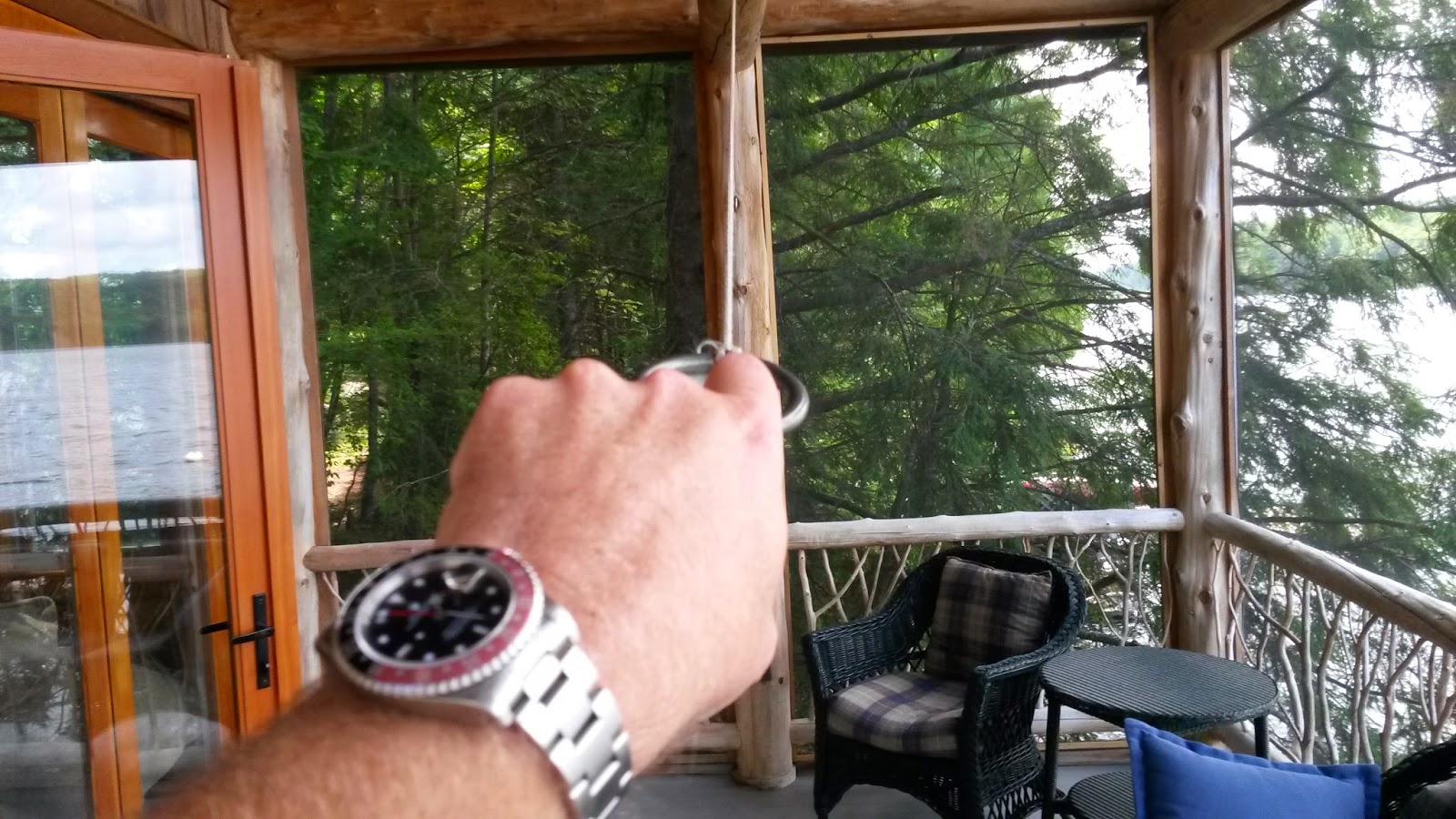 What can be more simple and amusing( actually addictive) than a game requiring a steel ring attached to a string,which is anchored to an overhead log beam, to be swung onto a hook. The whole set up costs about $2.75 and a trip to the hardware store. In this case, the setting likely enhances the experience. 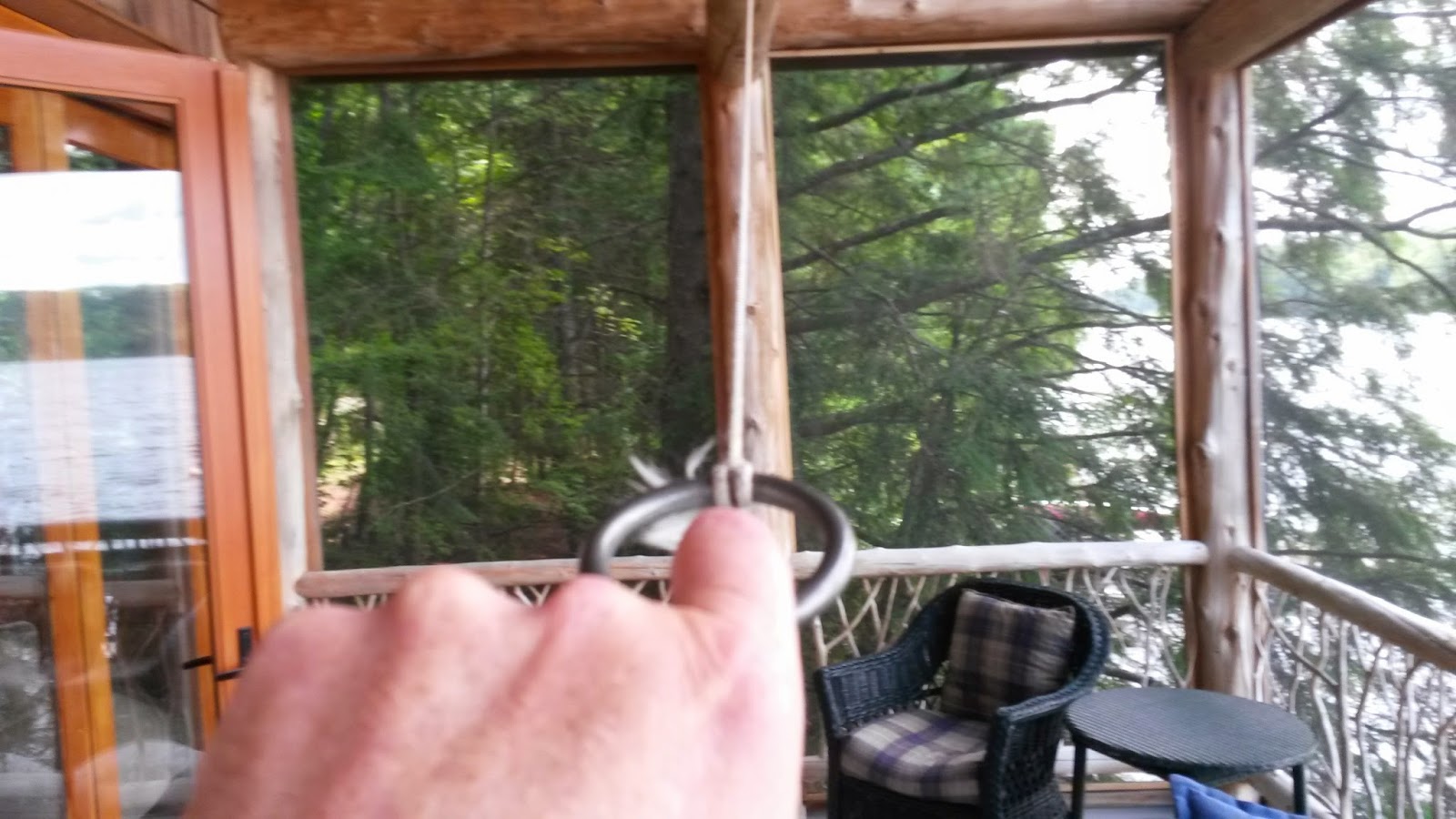 This particular ring game has been played on the screened porch of my friends boathouse on Lake Colby for quite a few years.One afternoon last week I was playing solo while my buddy,his son and my son were getting the boats ready for some sailing. On other occasions we play competitively and drinks or dollars are wagered on best out of ten tries or other variations of how many hooks per toss. 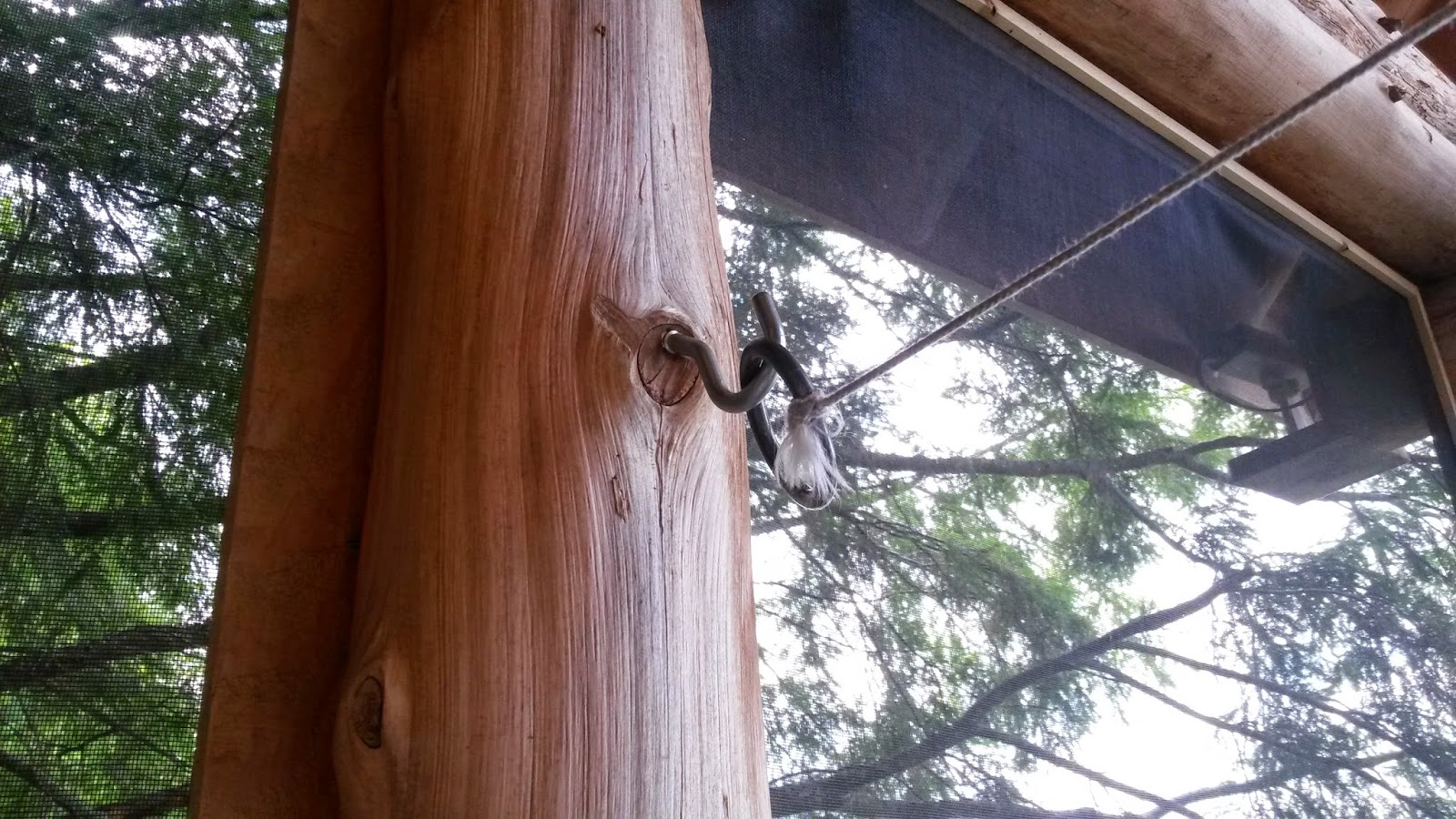 The success rate depends on a steady hand and a consistent form to swing the metal hoop on a perfect trajectory to land on the hook. 4 out of five is my personal best....and each year in the Adirondacks I seek to go clean 5 for 5. 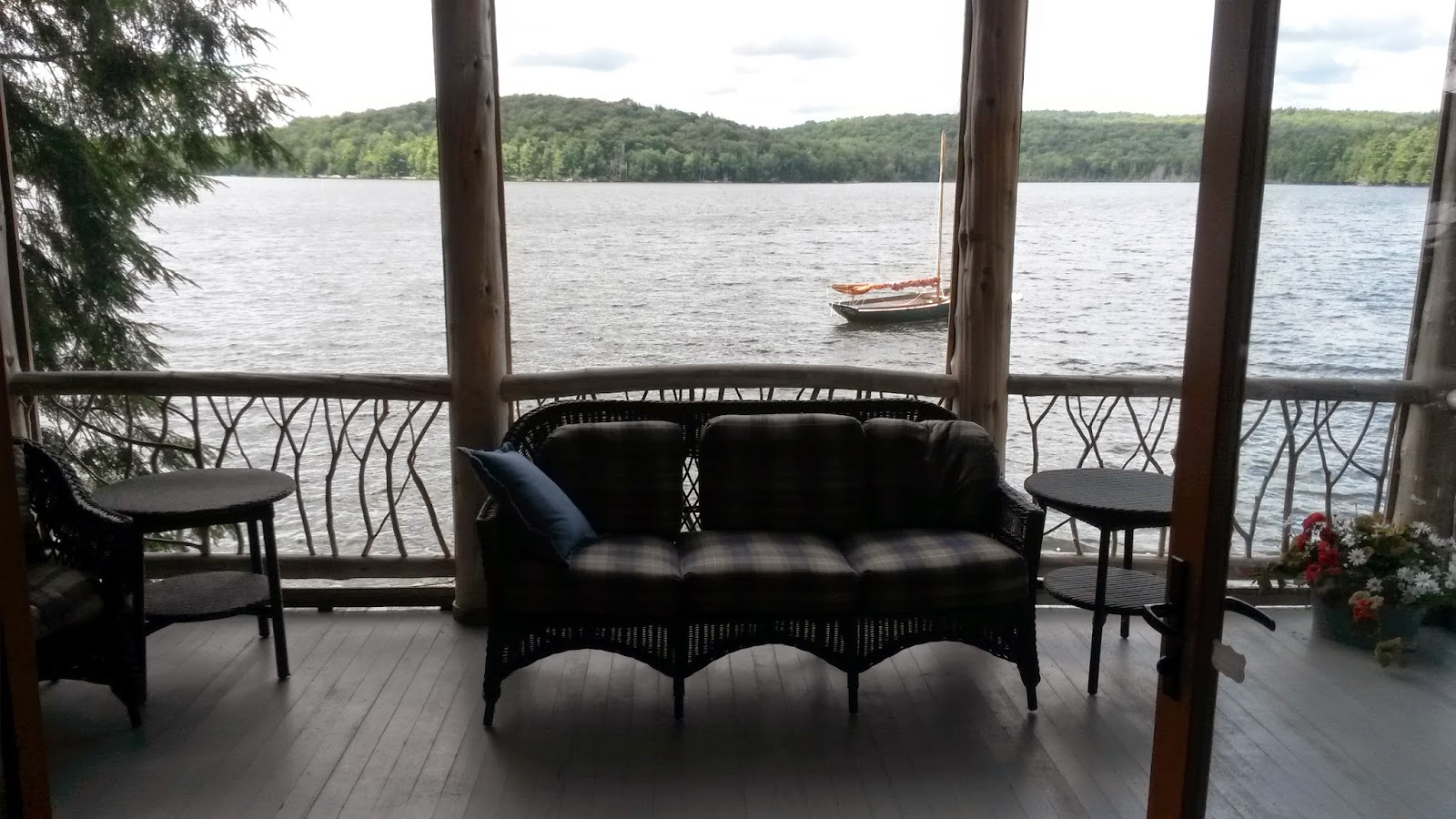 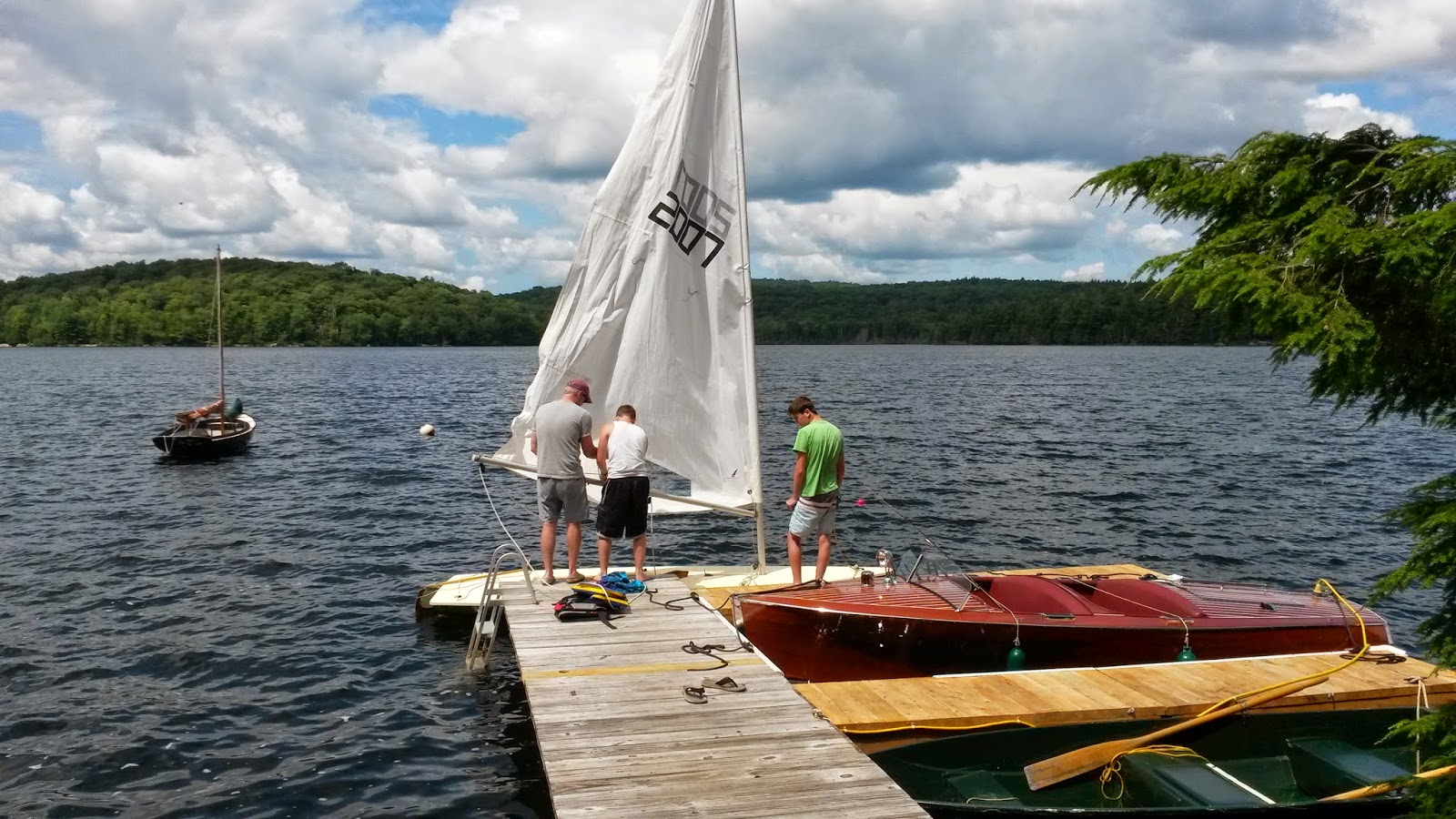 I am not much of a tennis player...squash is my racquet game. But sometimes I love watching a tennis match at the Cricket Club.
Posted by Main Line Sportsman at 12:03 PM No comments: 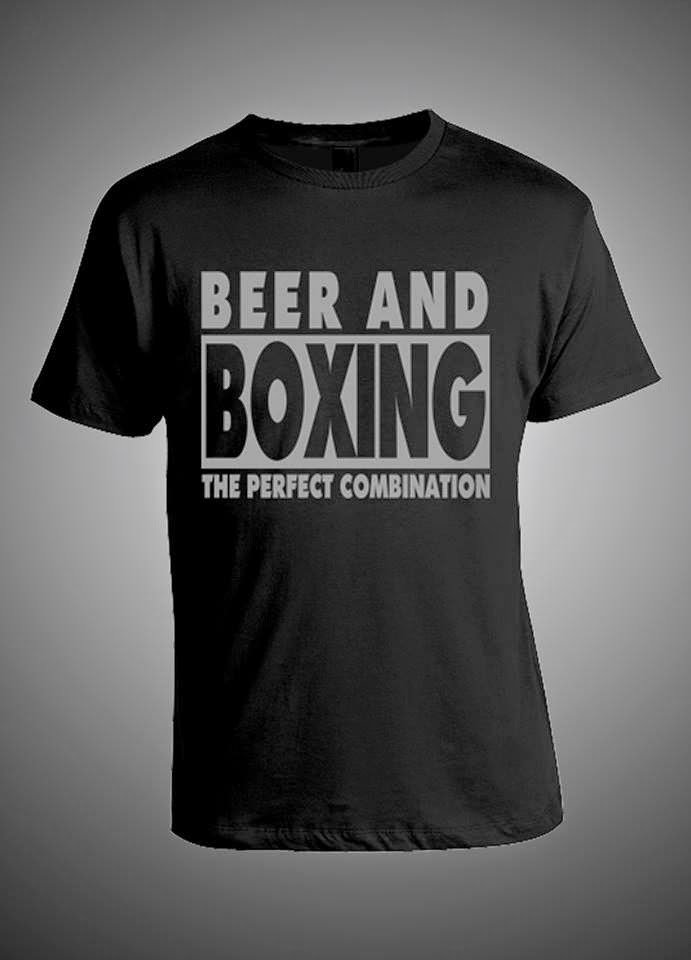 Well, maybe not for the participants...but surely for the spectators.The Heavyweight I manage is fighting August 23rd at Bally's casino in Atlantic City. I just got back from the Adirondacks Sunday evening and I am trying to scramble out from under the pile that accumulated whilst I was away.
Posted by Main Line Sportsman at 3:16 PM No comments: 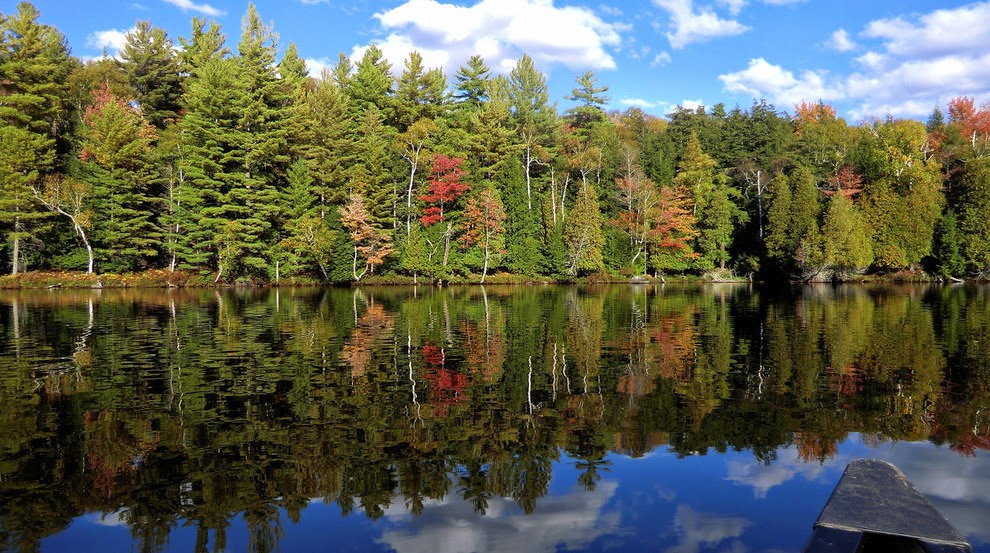 The Sportsman tribe will point the pick-up and the Explorer north this evening. We are headed for our annual pilgrimage to the Adirondacks. Fishing and water-skiing and canoeing and hiking will replace banging of one's head against the courthouse door and being glued to e-mail and all other vehicles of artificial urgency and millennial electronic shackles.

Dove season opens in one month and I expect to be posting a bit more about wing-shooting and the Fall steeplechases and that kinda stuff. In the meantime, the Phillies are appallingly bad, the Eagles are in camp and cold beer and cool lake water awaits.
Posted by Main Line Sportsman at 12:11 PM 3 comments: